5G: Higher Data Rates Only Part of It – Here’s Why 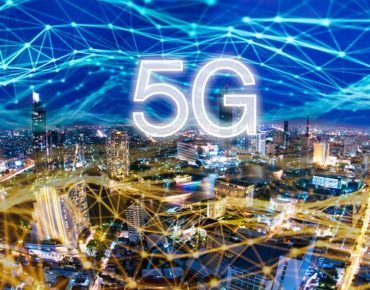 5G is massively faster than 4G: 5GB/second vs. 100-200MB/second. Impressive, yes, but higher data rates explains only part of 5G’s significance. The coming 5G cellular network will bring the network up to speed with faster processing (GPUs, FPGAs, ASICs), interconnects (NVLink, CXL) and communications fabrics (Infiniband, enhanced Ethernet). In turn, this means 5G, in combination with developments across the compute and network infrastructure, will enable entirely new classes of use cases (see below), including high performance workloads at the edge, that don’t exist today.

And it’s all about to unfold.

In fact, 5G, the fifth-generation mobile standard, already is happening in about 20 U.S. cities, and access is expected to become more general next year – but initially limited to smartphone service. Support of larger-scale use cases will come online over the next three or four years.

By 2023, or 5G’s Year 5, it’s estimated 5G will reach 1.3 billion subscribers, according to research by consulting group IHS Markit and its report, “5G: ‘One network’ capability is remarkable, but many challenges are still present.” The report’s authors* state that while North America will be the largest 5G market for its first three years, Asia-Pacific – due to massive adoption in China and India – will become larger by 2022.

As for average revenue per user (ARPU) for 5G enhanced mobile braodband (eMBB) and fixed wireless access (FWA), it’s expected to be between $50-70/month in the US and Australia, IHS reported, significantly higher than 4G. This added cost, along with questions whether 4G has been fully absorbed by the market, has led some observers to doubt that 5G will be rapidly taken up by the consumer market. In fact, the market driver for 5G may come from the business side, for which two classes of use cases, massive IoT and mission-critical applications, could deliver great leaps forward.

Before looking at the hurdles remaining for 5G general availability, let’s look at those anticipated 5G use cases.

Massive IoT, IHS said, is “characterized by deep and dense coverage of up to 1 million connections within a square kilometer; support of connected devices with long battery life of 10 years or more; and transmission of low rates of data that are not delay-sensitive via machine-type communications (MTC).” Applications include smart building sensors, smart agriculture, smart cities and transport and logistics.

Mission-critical applications will involve ultra-reliable low-latency communications (URLLC), “where no delays can be tolerated and where high security standards are required,” IHS said. Use cases include autonomous vehicles (providing ongoing, instant communication as AVs steer clear of each other), digital health and remote medical surgery, robots and drones, and industrial automation, in which 5G will be needed to prevent catastrophic network slow-downs.

The most widespread use of 5G, of course, will be smartphone mobile users of eMBB and laptop home users whose capacity peak data rates will be enabled by FWA. “…both eMBB and FWA, can be used for smart home applications, mobile viewing of ultra-high-definition (UHD) content, augmented and virtual reality, and cloud-based experiences,” stated IHS.

5G represents a departure from previous-generation mobile standards in that it’s the first “all-inclusive” cellular network that can support all three types of use cases. “Many of these use cases operated historically on different networks, creating challenges in achieving economies of scale,” IHS said. “The ability of 5G to support three divergent types of use cases within a single network architecture is remarkable because the use cases at times involve contradictory technical requirements,” IHS stated. “The use cases range from immersive mobile broadband VR experiences with zero delay; to low-bandwidth applications of dense Internet of Things (IoT) nodes; to leading-edge, mission-critical use cases like remote vehicle operation or industrial manufacturing.”

Having said that, the 5G network architecture won’t initially support all types of workloads. 5G network rollouts will at first focus on the eMBB element of 5G, IHS said, while the full range of 5G capabilities will “unfold instead in a phased approach that could take a few years.”

This is because early deployment of eMBB will use the same core that runs 4G LTE, according to IHS, supporting smartphone use from the outset. The end-to-end 5G architecture will continue to undergo development, but it will take longer to incorporate the critical-type communications and secure network access points to support massive IoT and mission-critical workloads.

This, IHS stated, is because the 5G’s 3GPP architecture is being designed to enable all services required for 5G’s three main use cases “with utmost software-based agility,” no mean feat.

“…the 5G architecture elements are defined as network functions that offer their services via interfaces of a common framework to any network functions that are permitted to make use of these provided services…,” IHS said. “This architecture model features modularity, reusability, and the self-containment of network functions while also using the latest virtualization and software technologies… The vision of one network handling and managing several networks is appealing in its elegant simplicity, but the steps needed to achieve such a vision are complex and manifold, requiring extensive time and resources to develop and implement.”