Our infrastructure keeps you connected and protected, regardless of disruptions in the world around us.

The assets of SOUTH REACH NETWORKS (formerly known as Interconnect Miami) were acquired by Turning Rock Partners in 2017. Over the last two years, the company has expanded its capital expenditure to improve operations, developed a marketing, operations and technical team to expand infrastructure footprint and created a platform for growth.

Turning Rock Partners (“TRP” or the “Firm”) is a principal investment firm founded by former senior executives from Fortress Investment Group and focuses on structured debt and equity investments in lower-middlemarket businesses in North America.The team provides customized capital solutions to support recapitalizations, shareholder liquidity, targeted acquisition and expansion-oriented transactions.Turning Rock invests alongside seasoned and highly committed management teams and companies which benefit from diversified customer bases, defensible cash flows or assets and a clear path for growth. Turning Rock has significant experience in the communications sector having invested in several platforms across telecom, wireless and connectivity. The Firm is based in New York, NY. 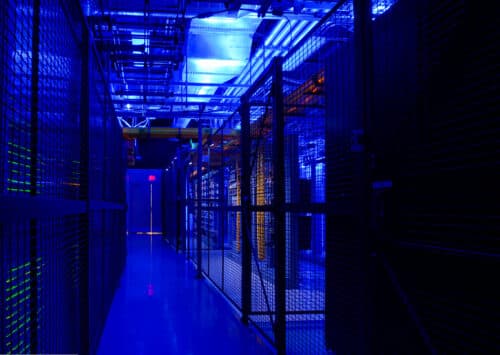 South Reach Networks Infrastructure is a unique and highly strategic asset located in a premiere area of downtown Miami. The Network is likely irreplaceable due to the size and location of the duct system, as well as recent underground congestion (fiber, power, water, sewer) creating a barrier to new construction, and local regulations. 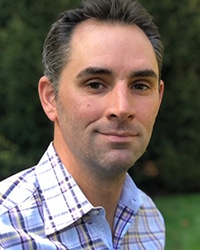 Michael is the President of South Reach Networks where he will be overseeing the strategy, growth and market expansion. Michael brings 20 years of successful telecommunications experience. Michael was a Principal Executive and Board Member of Cross River Fiber heading up sales and business development (January 2012 through February 2018). Cross River Fiber was successfully acquired (majority stake) in 2014 by Ridgemont Equity Partners.

Prior to joining Cross River Fiber as a partner in January 2012, Michael was the Regional Vice President of Sales for Cablevision Optimum Lightpath where Michael was responsible for the overall sales initiatives, establishing P&L responsibility, maintaining and growing sales revenues accountable for leading the New Jersey’s sales efforts.

Prior to joining Optimum Lightpath in 2008, through a successful acquisition and transition Michael was the Vice President of Sales & Business Development and a key Executive with 4Connections LLC. 4Connections was an entrepreneurial niche NJ Based CLEC & telecommunications start-up that constructed, owned and operated its own independent Dark Fiber network assets. Michael’s leadership and vision at 4Connections helped elevate the firm to become a widely recognized and respected company in the industry.

Michael started his career directly of out college as account executive at MCI Worldcom in 1999 with a direct sales role handling global enterprise & national accounts. Michael has achieved incredible results and success since then. He is a highly recognized sales leader and has held sales and executive positions at MCI WorldCom, TelCove, 4Connections, Optimum Lightpath and Cross River Fiber. Michael has a Bachelor of Science degree in Criminal Justice from Western New England University where he also played football. In addition, Michael has been the face to many of the industry’s keynote conferences, panel speaking roles and round table discussions and has been quoted numerous times in the media, press releases and on local TV.

In 2010, Optimum Lightpath senior management and marketing nominated Michael as a candidate submission being recognized as a potential nominee for NJ BIZ TOP 40 under 40.

Michael is a father of 4 children and is very active in his local community in NJ where he and his family live. Michael is on the board of trustees for the Wayne Hockey Club and is head hockey coach for the Wayne Hockey Club and the NJ Bandits travel hockey association. Michael also donates his time as a coach and volunteer with various sports programs for his children and charity venues. 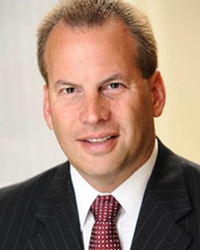 Mr. Cohen is a Director for South Reach Networks, fka Interconnect Miami, a data center and metro network business, and was instrumental in acquiring it in 2017. Mr. Cohen launched Meridian Fiber Group which is building long-haul fiber networks throughout the US. In 2008, he co-launched Allied Fiber, serving as the company’s President and COO until 2015 when the Southeast routes were completed. Under his guidance, Allied Fiber developed a new long- haul business model for neutral dark fiber and colocation throughout the US. In addition to launching the Southeast, Mr. Cohen also completed numerous railroad and private rights of way agreements enabling the company to also construct hundreds of miles of new duct throughout the Northeast and Mid-Atlantic US.

In 1996, Mr. Cohen founded and launched KeySpan Communications which was re-named Lightower Fiber Networks. Mr. Cohen built and managed the company from a startup until it was acquired in 2008, developing its current US metro, long-haul and trans-Atlantic based operations.

Mr. Cohen has degrees from the University of Rochester in Electrical and Optical Engineering, and extensive experience in finance, industrial management, and contract development. He developed and owns US Patents in Video on Demand used by the cable television and IPTV industry for DVR based VOD systems and Electric Power Turbine Control Systems used by the utility industry for real time heat rate in large power grids. 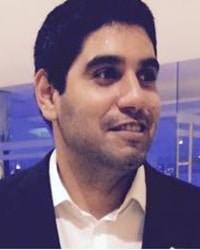 Rodrigo has over 10 years of experience in Data Center operations. Rodrigo started managing a small hosting operation in Panama, installing over 3000 dedicated servers on a small Data Center in Panama City, near Columbus and other carrier providers switching stations. In 2015, Rodrigo moved to Miami to serve as Data Center Manager for another hosting operation in Doral. That building a facility that was later sold to Cogent in 2017. Currently, Rodrigo serves as Data Center and Operations Manager for South Reach Networks facility in Miami, overseeing the design, maintenance, installs and day-to-day tasks of the Data Center. 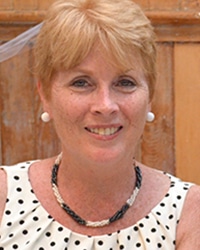 Eileen Bonasia is a 20+ year veteran in the telecom industry.  She has extensive experience managing all aspects of financial reporting and controls, procurement, and human resources.  Eileen has developed comprehensive accounting policies and procedures for both established and growth-stage companies.

Starting with KeySpan Communications, Eileen oversaw the company grow from 2 to 17 employees while the organization co-constructed many fiber miles in the NY Metro area while also providing lit services to numerous customers.

After its acquisition by Lightower Fiber Networks, she acted as primary liaison between regional office and corporate headquarters in Boxboro, MA, and assisted in the successful transformation from local reporting to consolidated and regional reporting.

Eileen was also the Financial Manager at Allied Fiber.  During her tenure there the company constructed hundreds of miles of the dark fiber network from Miami, FL, to Atlanta, GA, with 11 colocation facilities along the railroad right of way.

At SouthReach Networks Eileen continues to manage all aspects in the financial and human resources areas and support the rollout of the additional services being provided to our customers.